Strona główna » About Us

Apart from being the oldest Jewish magazine on the Polish market, The Jewish Word [Słowo Żydowskie] is also known as an innovative press concept. We focus on the real life, keep tabs on the most current news, but, at the same, do not forget about our history. We publish unusual stories, present international and Polish highlights, interviews with fascinating people, brilliant articles and reports. We also devote much of our attention to culture and arts.

Yesterday
The Jewish Word  (jid.דאָס ייִדישע וואָרט Dos Jidisze Wort) has been present on the Polish press market for 70 years now. The monthly magazine, which is nowadays issued in two languages, started its circulation in 1946 as a daily newspaper titled Fołks Sztyme. Initially, the newspaper’s publishers were based in Łódź,  the town which assumed the role of Poland’s temporary capital in the post-war period. A couple of years later, the paper’s editors moved out from Łódź to the reconstructed post-war Warsaw.  Since 1950, the Social and Cultural Association of Jews in Poland has been the magazine’s publisher. Until the year 1968 Fołks Sztyme which was issued in Yiddish, was accompanied by a Polish-language supplement i.e. Our Voice, which was mainly targeted at young readers. Then in the 1970s, Fołks Sztyme became a weekly magazine, which was partly published in Polish. In 1992, the magazine’s hitherto title i.e. ‘The People’s Voice’, was changed into The Jewish Word, and finally, some years afterwards, the weekly paper turned into a monthly format. 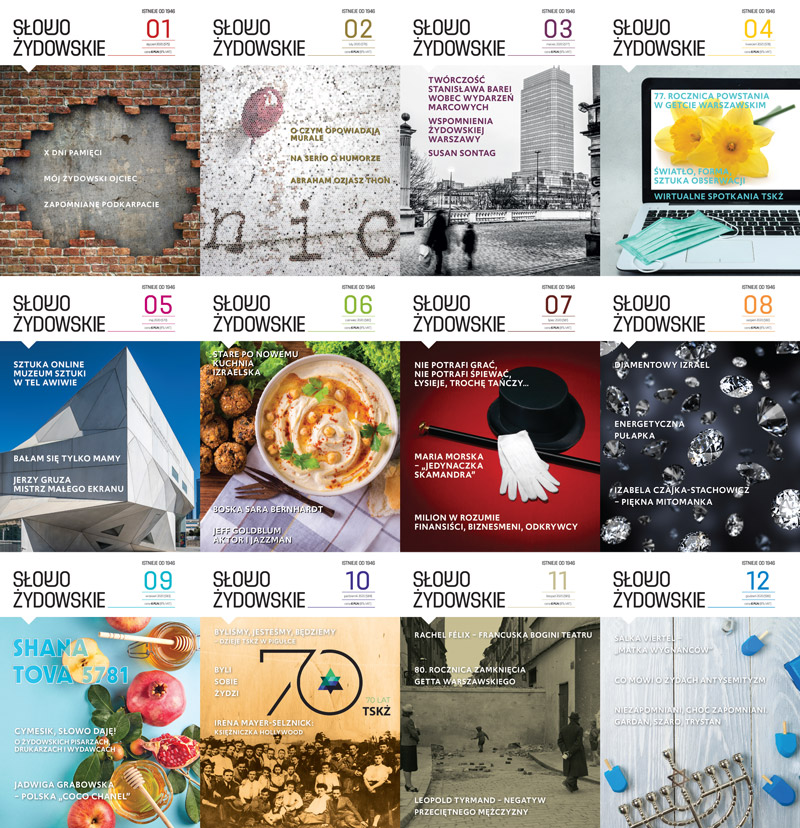 Today
Our monthly magazine is the only title on our press market which is issued both in the Polish and Yiddish languages. Our target readership are not only members of the Jewish community in Poland, but also everyone interested in Jewish topics.

The magazine’s Editor-in-Chief, Artur Hofman, is also President of TSKŻ. Joanna Niedolistek is in  charge of the Yiddish sections of the magazine. Chrystian Orzeszko is our Managing Editor, and Marek House is the Editorial Secretary. Mirosław Zbonik is in charge of graphical layout and typesetting.